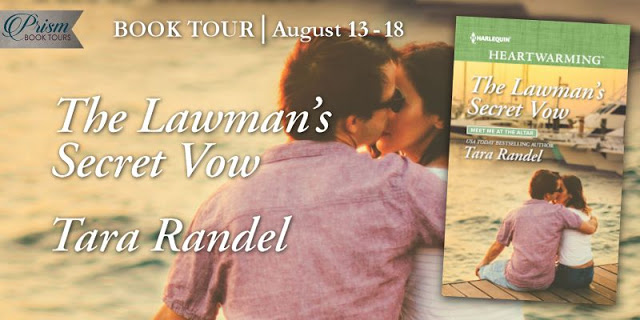 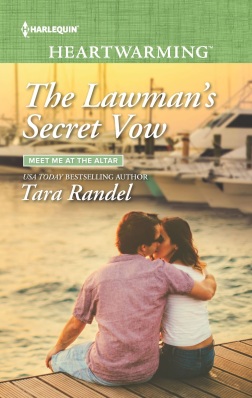 To have and to hold—

until the case is solved?

When an undercover assignment pairs laid-back Florida detective Dante Matthews with by-the-book cop Eloise Archer, he knows it won’t be easy. And not just because they’re competing for the same promotion. Now they’re living together under the same roof, and it’s getting harder to ignore his deepening feelings for his “wife.” Can he convince Eloise to partner up—for life?

He nodded his head toward her. “Where were you tonight?”

“A new club. Twilight. It just opened and Stella’s been dying to go. There were lots of women, few husbands and many male employees. Let’s just say I was glad to call it a night. Things were getting out of hand.”

She shuddered. “Never in a million years.” She paused. “Not that I’m boring or anything.”

Dante checked the mirror again. “Didn’t say you were.”

“It’s not their money so they don’t care.”

“I suppose. It’s just not my idea of a good time.”

Dante opened the box of crackers. “And what is?”

Eloise laid her head against the seat rest. “Spending time with people I enjoy. Reading.” A smile curved her lips. “Filing reports.”

“Why am I not surprised.” He bit into a salty square and crunched.

“I don’t have a wide circle of friends, but the ones who are in my life are important to me.”

She turned her head toward him. “Not a lot of friends, either?”

“Nope.” He took another bite.

“I’m like you.” He shrugged. “I’d rather have close friendships than lots of acquaintances.”

Dante pictured his mother. His brothers. Smiled. “Love them all, even if they treat me like the annoying younger brother I probably am or was.”

Eloise stared out the front window. “Someone has to be the youngest and therefore the picked-on one.”

“It gets old once you grow up.” Dante tossed the box into the bag. “You mentioned your folks. Not close to them?”

“No.” Her voice sounded so tiny. He wondered what her childhood had been like. Decided to go ahead and ask when an eighteen-wheel car carrier, lights flashing, turned into the street. They both ducked at the same time so not to be noticed in the headlights, their heads close enough to touch.

Eloise’s jasmine perfume surrounded him. Lured him closer. He inhaled, savoring the scent of the intriguing woman . She was smart, pretty and read him really well. He’d never had that vibe with a partner. Until now.

The semi rumbled by but they kept their heads down until it was safely behind them. He lifted his head, as did Eloise, and their eyes met. Dante’s pulse picked up. This close, he could feel her breath on his cheek. And admitted to himself he was in deep water as far as Eloise was concerned, because the attraction he was supposed to quash was growing stronger every day.

It took everything in him to move away from heaven, from Eloise, and focus on the reason they were in these tight confines to begin with. 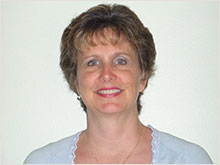 USA Today Bestselling Author Tara Randel has enjoyed a lifelong love of books, especially romance and mystery genres, so it didn’t come as a surprise when she began writing with the dream of becoming published. Family values, mystery and, of course, love and romance are her favorite themes, because she believes love is the greatest gift of all. Tara lives on the West Coast of Florida, where gorgeous sunsets inspire the creation of heartwarming stories, filled with love, laughter and the occasional mystery.

Prize #1: Beach/pool tote and water bottle, signed print copies of The Bridal Bouquet and His One and Only Bride, $25 Amazon Gift Card. (Open to US only)