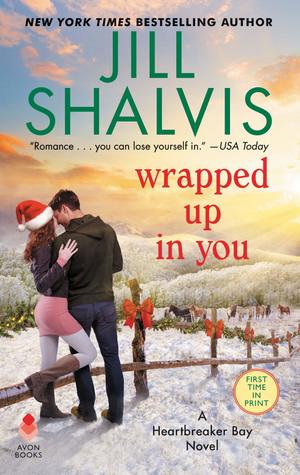 Wrapped Up in You

After a lifetime on the move, Ivy Snow is an expert in all things temporary—schools, friends, and way too many Mr. Wrongs. Now that she owns a successful taco truck in San Francisco and an apartment to call home, Ivy’s reinvented life is on solid ground. And she’s guarded against anything that can rock it. Like the realities of a past she’s worked hard to cover up. And especially Kel O’Donnell. Too hot not to set off alarms, he screams temporary. If only his whispers weren’t so delightfully naughty and irresistible.

Kel, an Idaho sheriff and ranch owner, is on vacay, but Ivy’s a spicy reason to give his short-terms plans a second thought. Best of all, she’s a tonic for his untrusting heart, burned once and still in repair. But when Ivy’s past intrudes on a perfect romance, Kel fears that everything she’s told him has been a perfect lie. Now, if only Ivy’s willing to share, Kel will fight for a true love story.