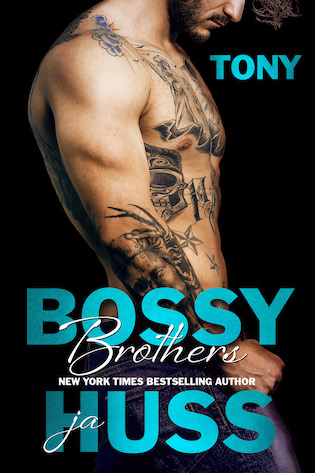 Belinda Baker and I were not made for each other.

We are not soul mates, or lovers, or even frenemies.

She is the one who needed to get away.

What we had together wasn’t blind love, it was sick rage.

We were a match made in hell, it was hate at first sight, and when she walked away from me and never looked back—it was a relief.

So why did I travel two thousand miles so I could be near her?

Why can’t I stop thinking about this girl I never want to see again?

And what do I have to do to make her disappear for good?

Bossy Brothers: Tony features two girls falling for the wrong men and two men falling for the right girls. A family of tatted up brothers and a town filled with secrets and danger. A story of earned chances and first dates. Of coming to terms with the past and finding a way into the future. It is book six in the Bossy Brothers series and should be read after book five, Bossy Brothers: Alonzo. 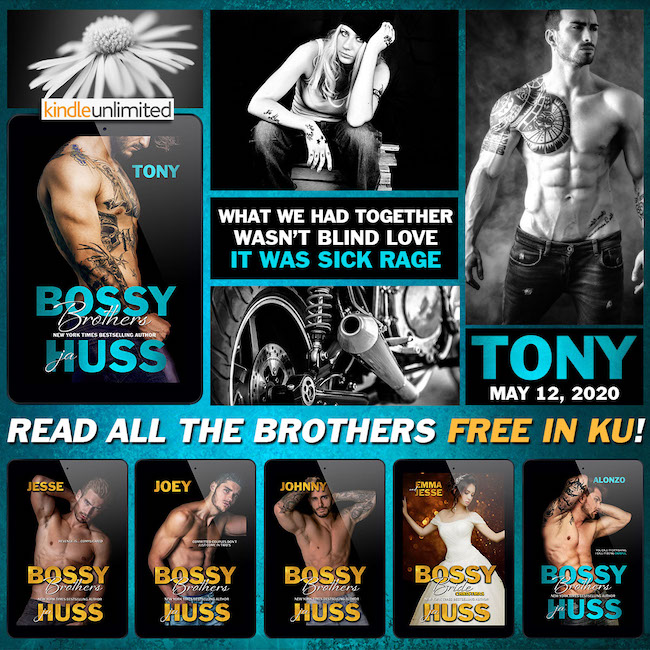 JA Huss is the New York Times Bestselling author of 321 and has been on the USA Today Bestseller’s list 21 times in the past five years. She writes characters with heart, plots with twists, and perfect endings.

Her new sexy sci-fi romance and paranormal romance pen name is KC Cross and she writes novels and teleplays collaboratively with actor and screenwriter, Johnathan McClain.

She lives on a ranch in Central Colorado with her family.

One thought on “#CoverReveal #Giveaway – TONY by J.A. Huss”