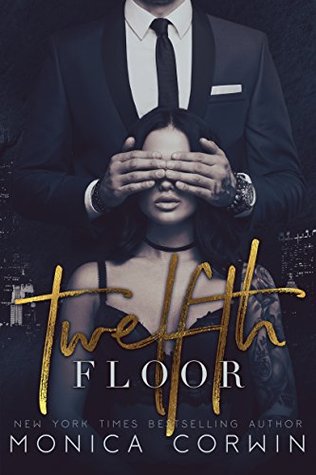 This isn’t your high school Shakespeare.

Violet Cesario fled the shipwreck of her father’s company to Illyria Pharmaceuticals. As the newly appointed, and untried CFO, the board gave her thirty days to prove her worth. Thirty days to bring up the numbers. Thirty days to fend off the advances of her secretary, Olivia. Thirty days of hiding her submissiveness inside a dominant’s shell.

Thirty days gets complicated when Duke Orsino, the CEO, offers her a deal. Help him win over Olivia and he will sway the board in Violet’s favor. If she agrees to teach him the games behind dominance and submission Violet’s career will be made. As the play turns more and more true to life, the lines blur between fantasy and reality. Can Violet hide her desire for Duke long enough for him to woo Olivia? And if he succeeds can Violet endure it for the sake of her career?

Chief Financial Officers didn’t last long at Illyria. Handling billions of dollars seemed to weigh on even those who chose the profession as a career. The appointment of Violet Cesario had gone against the board’s request. I was the one who selected her, despite the impressive and complete collapse of her last company.

However, the research I conducted on the matter showed more than gross negligence on the part of the company’s owner. I wasn’t going to hold that against her, but the board did, and would, if she didn’t survive her first thirty days. They’d try to hold it against me too. Until I’d not so subtly remind them of the last time they went to war with me.

My question, or goading, didn’t cause even a flicker of anxiety to cross her features. When purposefully hiring new executives, I pushed them, pounded them into the ground, and walked across the ashes of who they were before they came to my company. All this in preparation to make them the best at their job. And yet, my usual tactics didn’t seem to faze her. Not the show I put on as she entered the building, not my goading…which made her more than interesting to me. I’d met far weaker men than the woman sitting across from me with the ice in her eyes.

The board controlled my CFO position, until their last incompetent choice lost us a quarter-million-dollar asset. Now, the board submitted to my selection. And I would prove my choices were irrefutable. If not God damn impeccable. “You’re aware of the thirty-day mandate the board put on your employment?”

She shifted her legs, carefully sliding one long lean calf over her other knee. Not even stockings in the way of her smooth skin’s passage. In any one else, I would have considered it a seduction technique, but not this woman. As if her body language screamed two different things at once: ‘come closer’ and ‘back the hell off’. Or maybe that was the point. Draw them in only to crush them under her four inch heels.

“I’m not sure if that was a question or a statement.” She paused briefly before continuing. “The probationary period is a clause in the contract I signed.” Her tone called me a bastard in the nicest way I’d ever heard it. I loved a little fire in a woman. Even more so in a woman forging an intimate relationship with my money. By the second Violet was accruing more respect than I’d been preparing to dole out.

“Of course,” I said, mimicking her caustic tone. Why did I need a reaction from her so badly?

She gave me nothing but a careful blink.

Maybe working with Violet might prove more fun than I originally estimated. I didn’t interview her personally, and there were no pictures with her file, so when I arrived, I expected a thirty-something powerlifting champion in a pinstriped suit. Violet had almost a delicacy about her inviting wariness. Meeting her in person, I wanted her to do well, for her benefit—not only mine. “I’m here to tell you how you will succeed in your goal.”

A line formed in the middle of her forehead as she considered my words. “And why would you do that? Isn’t it in your best interest to choose the right person for the job, not the make the person fit the job?”

“Usually, but I went to bat to hire you. Challenging the board with my choice. If you succeed, it looks good for me, and it keeps me from having to vet and hire yet another CFO.” I didn’t reveal my ongoing clash with the board about new executive hires. Or that the probationary period resulted from my pushing them about bringing her specifically.

She forced out a controlled sigh, and I watched her for any other outward reactions to me, the conversation, the thirty-day time limit on her employment. Absolutely nothing. Incredible.

“I can see the logic in that.”

I glanced over at Olivia to see if she got a reading on Violet that I missed. Olivia was better than most when it came to insight about other women.

Or maybe I just wanted a stolen moment to watch her. The only woman who eluded me. To be fair, I’d never put in much of the chase to catch her.

Even dressed for work, without the skintight dresses and sky-high heels, she looked like an idea.

Something yet for me to discover.

At the club we both attended, secretly on my part, of course, she always looked even better, more like a revelation.

Something I knew all along.

With her head bent over the notepad she held in one hand, she scribbled in quick, precise strokes. I realized Violet had been talking while I’d been gawking. I glanced up to find a silent Violet studying me with her head cocked to the side.

We stared each other down, Olivia completely oblivious to the growing tension stretched taut between Violet and me. A tension built precariously on a shared secret.

Violet repeated what I’d missed. “And what did you suggest, Duke, to preserve my place here?”

My name thrown in a gauntlet was not something I could ignore. I narrowed my eyes at her. I didn’t enjoy puzzles. And the five minutes I’d spent with Violet told me she’d be far more difficult to decipher than most.

“Olivia,” I said, not even looking at her, still grappling in the strangest battle of wills with Violet. “Will you give Ms. Cesario and me a moment?” 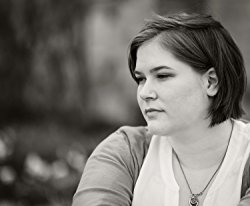 Monica Corwin is a New York Times and USA Today Bestselling author. She is an outspoken writer attempting to make romance accessible to everyone, no matter their preferences. As a Northern Ohioian, Monica enjoys snow drifts, three seasons of weather, and a dislike of Michigan football. Monica owns more books about King Arthur than should be strictly necessary. Also typewriters…lots and lots of typewriters.