It’s release week for Caridad Pineiro and her newest contemporary romance, ONE SUMMER NIGHT. Follow the tour for reviews, excerpts, and enter to win a $100 Amazon gift card and three runner-ups will win ONE SUMMER NIGHT branded T-Shirts and Hats.

What happens at the shore, stays at the shore in Caridad Pineiro’s contemporary romance, ONE SUMMER NIGHT. Maggie Sinclair is out of options, and Owen Pierce, life long neighbor and enemy has an offer that’s impossible to accept. Fans of Bella Andre’s Sullivans series and Shannon Stacey’s Kowalskis series are sure to love this light and playful enemies to lovers romance. 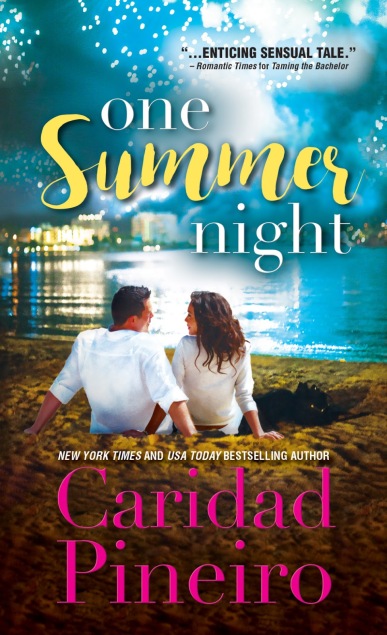 Series: At the Shore

An offer that’s impossible to accept . . .

Maggie Sinclair has tried everything to save her family’s business, including mortgaging their beloved beach house on the Jersey Shore. But now, she’s out of options.

The Sinclair and Pierce families have been neighbors and enemies for almost thirty years. That hasn’t stopped Owen Pierce from crushing on Maggie, and he’s determined to invest in her success. Now he has to convince her that he’s more than just trouble with a capital T…

With keen interest, Owen Pierce took note of the three women as they hurried away from the dais and into the Sinclair mansion.

“Put your eyes back in your head, Bro. She’s nothing but trouble,” Jon warned in low tones.

Owen bit back the retort that if anyone knew about trouble, it was his brother. Jonathan had always marched to a different drummer and had set out on his own as a teenager to explore what he wanted out of life. Now a successful entrepreneur, he had captured the media’s attention with his innovative designs and daring adventures. That left Owen to shoulder most of the burden of the family’s real estate business, as well as deal with his father’s anger over Jonathan’s latest newsworthy escapade.

He envied his brother’s carefree spirit and determination, especially as Maggie Sinclair marched back onto the patio with her friends, an angry bride, and an obviously inebriated groom. Both the bride and groom looked far from happy as they approached the elaborate multi-tiered wedding cake that had been wheeled out to the middle of the makeshift dance floor.

He worried the bride might plunge the long knife she held into her new husband, but luckily for the newlyweds, Maggie directed the blade toward the cake.

Jon playfully elbowed him. “Seriously, Owen. She’s not for you. Father declared the Sinclairs off-limits ages ago. He would have a stroke if he thought the two of you were involved.”

Involved with Maggie Sinclair, Owen thought and sighed with regret.

In a way, he’d been involved with her forever. He’d like to chalk it all up to a sloppy, hurried, and stolen kiss at eighteen and the allure of forbidden fruit. But since that kiss, he’d watched her mature into a smart, beautiful woman. One who was willing to work hard for the town and business she cared about as well as friends and family. With every encounter, he’d grown more intrigued with the person Maggie had become.

But his father had come down hard on them about mingling with the Sinclairs right after Maggie’s mother’s death. For years, they’d been unable to come to their Sea Kiss home, and even when they’d returned, they’d done so without their father, who refused to be so close to the family he thought had wronged him.

Not that Owen expected that Jon would kowtow to such rules, since his brother was the kind of man who didn’t hesitate to take what he wanted.

He arched a brow and met his brother’s blue-eyed gaze, which glittered with a mix of undisguised challenge and amusement. “Do you think you’re the only one entitled to a little adventure in your life?” he said.

Jon chuckled. “My kind of adventure is way safer than what you may be considering.”

“Why’s that, Li’l Bro?” he asked, appreciating the sight of Maggie in a dusty-rose gown that hugged dangerous curves. Her chestnut-brown hair fell to her shoulders in soft waves and framed ice-blue eyes and a sassy, sexy face that snared his attention every time he saw her.

Jonathan took a last sip of his champagne and barely stifled another laugh. With a shake of his head, he replied, “Because all I risk is an occasional broken bone, but that…” He jerked his head in Maggie’s direction as she stepped back beside Connie and Emma. “That will break your heart.” 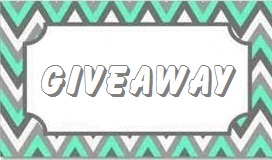 Enter to win a $100 AMAZON Gift Card and (3) Runner-ups will win a ONE SUMMER NIGHT Branded T-shirt and/or Hat!

Caridad Pineiro is a transplanted Long Island girl who has fallen in love with pork roll and the Jersey Shore, but still can’t get the hang of tomato pies. When Caridad isn’t taking long strolls along the boardwalk to maintain her sanity and burn off that pork roll, she’s also a NY Times and USA Today bestselling author with over a million books sold worldwide. Caridad is passionate about writing and helping others explore and develop their skills as writers. She is a founding member of the Liberty States Fiction Writers and has presented workshops at the RT Book Club Convention, Romance Writers of America National Conference as well as various writing organizations throughout the country.

One thought on “#PreOrder #Giveaway – ONE SUMMER NIGHT by Caridad Pineiro”