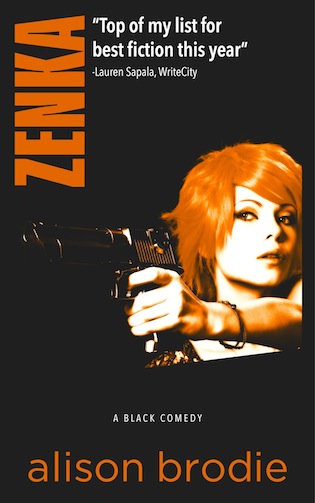 Zenka is a seductive Hungarian pole-dancer with a stubborn streak. When London mob boss, Jack Murray, saves her life she vows to become his guardian angel – whether he likes it or not.

“How can you be my guardian angel,” Jack scoffed. “You’re only five foot two.”

Zenka shrugged, “So vat? I am small, but a grenade is also small.”

Jack receives a letter saying he has a son, Nicholas. Nicholas is a wimp, bullied by his flatmate, pussy-whipped by his girlfriend and terrorised by his elderly patients.

Jack is delighted to be a dad, but he has to tread carefully. People are out to harm him and those close to him. Can he use his wealth, wiles and tough-guy contacts to make a man out of this mouse – before his enemies turn him into mincemeat?

Zenka takes charge. She’s going to “bring out the gorilla” in Nicholas. And she succeeds!

Nicholas transforms from pussycat to mad dog, falls in love with Zenka, and finds out exactly where the bodies are buried – because he buries them. He’s learning fast that sometimes you have to kill … or be killed.

As family ties become more disturbing, questions have to be asked:

How do you tell a mob boss you don’t want to be his son?

And is Zenka really who she says she is?

ZENKA is a black comedy/crime thriller/romance set in gangland London in the weeks leading up to Christmas.

Praise for ZENKA: “ZENKA is top of my list for best fiction this year. If Tina Fey and Simon Pegg got together to write a dark and hilarious mobster story with a happy ending, ZENKA would be the result!” -Lauren Sapala, Book Reviewer and Writers’ Coach

Jack glanced sharply at the gun in Zenka’s hand.  ‘Put that down!’

‘I didn’t order those shooters for your benefit.’

She shrugged and picked up another gun.

Jack bristled.  ‘I told you to wait in the car!’

She was aiming the gun at the wall, one eye closed as she looked along the barrel.  ‘I need gun to protect myself from people.’

‘No, Zenka, people need gun to protect themselves from you.’

She laughed, a full-throated laugh, her face suddenly alive and sparkling.  Jack was staring at her in fury, but he was helpless.  How can you reprimand someone so beautiful, so fearless? 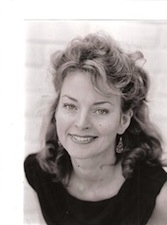 Alison Brodie is an internationally-published author. GOOD HOUSEKEEPING chose her debut for their Pick of the Paperbacks. The Scottish Daily Mail reviewed ‘Face to Face’: “Vain but wildly funny leading lady.”

Alison has a criminal record for busking/disturbance of the peace in Piccadilly Circus; speeding in Spain and hustling in Athens. She lives in Biarritz, where she can be found speaking unnintelligabuble French.