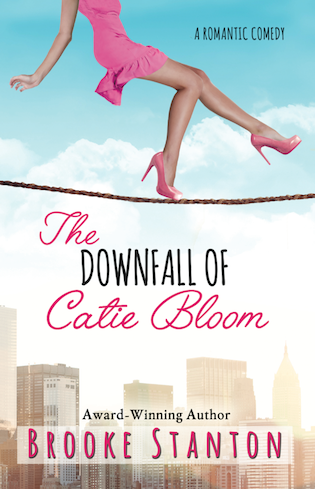 Catie’s little white lies have finally caught up to her…

The award-winning Catie Bloom is back! And she’s still got it all—a husband, a successful career, and she’s America’s #1 Domestic Goddess. Except, it’s a big fat lie. She can’t cook, she’s a slob, and her husband left her years ago. But she’s trying to leave the lies behind and become an honest woman. Too bad someone already knows her secrets…

Catie’s life comes crumbling down when she’s outed on national TV by a person she trusted. And in that instant, she loses everything—her job, her sister, and the man she loves, Sam Harding. So much for “the one.” When Catie needs Sam the most, he disappears…with his ex. Then two miracles happen: a new man steps into the picture, eager to help Catie, and a New York socialite hires her to do the one thing she’s truly talented at: interior design. The great news: the multimillion-dollar loft Catie’s designing will be featured in all the top design magazines. The bad news: Catie has to keep her involvement a secret.

As she tries to find a way back into the design world without revealing her secret project, Sam returns. And with him comes a twist she never saw coming.

Will Catie find her happily ever after, or will her past lies ruin her future forever?

In the back corner of the bar, there’s a woman tucked away from the revelry. Something about her makes me stop. At first, it looks like she’s laughing, but she wipes her eyes and I see she’s crying. Then she lifts her head, and I feel like one of the skis above the bar has kicked me in the gut. I suck in air, but I can’t seem to get any down. The room is spinning, and for a moment, I feel like I might pass out.

How can she be here? I step closer but keep hidden behind a group of older men, devouring pizza and beer, their faces chapped from the slopes.

Why is she here and not in Manhattan with her husband? Is she on assignment? But she doesn’t write for the sports section. She’s a metro reporter and only writes about local news. There’s nothing local about this comp.

The air escapes my lungs in a rush when I spot Sam standing above the table where Liv sits. He’s been here a day, but he already has a touch of Raccoon face—white half-moons down his cheeks under his eyes, the bottom of his face pinkish from the sun and wind.

He slides into the booth next to Liv and puts his arm around her and pulls her in tight, comforting her. He kisses her head, and the love on his face is unmistakable. So is the pain. The pain of seeing her in pain.

His eyes glance up and widen in surprise when he sees me. I step back, bumping into a young man, his beer spilling down the inside of my sweater, the liquid cold against my skin.

I hurry out of the bar and rush back toward the lodge, but as I turn the corner, I hear Sam’s voice calling my name. A few moments later, his hand grabs hold of my arm, turning me around as his bright-blue eyes capture mine, as they always do, making my rapid breathing stop short.

“You’re early. You’re supposed to be coming in tonight,” Sam says. His voice sounds surprised but not upset. “Where’s your luggage?”

“Oh, she…” Sam rubs his hand over his face, considering something. “It’s…I don’t think she’d want me to say. She needs to escape her life for a while. She got some bad news.”

“Well that’s not your problem.” The words sound harsh, especially after I saw how upset she was. But what the hell is she doing seeking comfort from Sam? In Tahoe?! She has her own damn family. “You shouldn’t have to comfort her.”

“Catie, show a little compassion. Look, if I told you what was going on, you’d understand, but I promised her I wouldn’t say anything.”

“Compassion?!” I spit out, shocked at his words. “My whole life was flipped on its head and beaten to a pulp. My career is over, and I’m hanging on by a string here. I don’t have many people I can count on right now, but you should be one of them.”

“If I told you what’s going on, you’d understand.”

His forehead crinkles, and worry sits on his face, showing his internal struggle. I can’t believe this. I can’t believe he’s standing there acting as if she has any right to him and his loyalty. He was going to propose, and she cheated on him. With his friend.

Unless…seeing her the other night sparked all the old feelings in him. It wouldn’t be the first time it’s happened. Doesn’t everyone have the-one-that-got-away somewhere in their past? Well, maybe not everyone, but lots of people do. And maybe Liv is the one. Not just the one that got away, but the one. 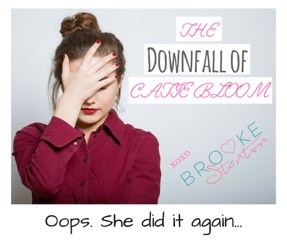 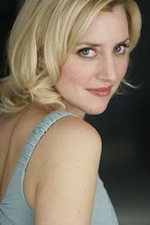 After her own misadventures in New York City, LA, and London, Brooke Stanton now lives in sunny South Florida. She’s an award-winning author who has contributed to Natural Awakenings Magazine, wrote a column for Examiner.com, and is the author of The Bloom Sisters series. Visit her website brookestantonbooks.com.

Get a FREE copy of the prequel, IGNITE, here: http://ilovemyfans.info/ignite-download/