It looked so good on camera…

If it weren’t for the money, Spencer Longfellow would happily drive Natasha Stevens and her TV crew right off his ranch. But his land, and his kids, mean the world to him—and he’ll do anything to secure their future. Even cohost Natasha’s cooking show, Family Secrets, in his barn. Even play the token hunky cowboy to her sophisticated city slicker and flirt with her on national television… It could never amount to anything real anyway. After all, he was fooled and left in the dust by a city girl once. And he will never let that happen to him—or his kids—again

NATASHA DIDN’T NEED to understand anything about birthing to know that they had an emergency on their hands. Spencer had told her in the afternoon that his cows birthed their babies without assistance. That the process was natural and took about thirty minutes, and that the mama cow would immediately stand over her calf, clean him herself and get him to stand.

If all went well.

The pinched look on Spencer’s face when he stood from his position beside the cow’s head and moved lower told her that he was worried.

The flurry of activity and harsh, staccato conversation between him and Bryant that followed filled in the blanks.

The calf was not coming out hooves first. It was going to have to be turned.

Spencer was in charge. He obviously knew what he was doing. Ellie continued to heave. To make un-moo-like noises.

Natasha couldn’t see much. Was watching out of mostly squinted eyes. The clear concern on Bryant’s face told her that at least one of the bovine lives was in danger. Maybe both.

She had to restrain herself to keep from speaking. Asking. Looking for answers. A way to help.

Her way was not to sit back and watch.

“I turn him and he moves immediately back to position,” Spencer hissed. She could see beads of sweat forming on his temples. The sides of his neck.

With energy pulsing through her, until she could almost feel its pressure against her skin, she itched to approach the cow’s head, as Spencer had done. To rub gently. To comfort the beast.

He’d told her to stay put in the corner.

Would he need hot water? She thought about the buckets she’d seen on her way to the stall. About the big utility sinks along one wall of the barn.

Spencer barked orders as he worked inside the cow. Bryant complied, working the cow’s bulging stomach.

She stood. Had to do something to help. To fix the problem. It was what she did. What she was good at. Taking charge. Helping. Fixing.

“Grab some gloves.” Spencer’s command was directed over his shoulder. She was the only person behind him. Seeing the crate of gloves along the wall, she grabbed a pair. Pulled them on.

They were far too big. There was no time to go shopping for smaller ones.

“While Bryant continues his pressure on the outside, I’m going to guide inside,” Spencer told her. “I need you to grab the hooves as soon as they appear and pull with all your might.”

She was strong. But that strong?

“If you can’t budge the calf, don’t worry. Just hold on until I can get there to pull him out.”

Nodding, Natasha jumped into the fray. She grabbed when she was told to grab. Pulled. The calf didn’t budge. Her arms ached. Using her entire body weight, she leaned back. And managed to keep the hooves outside the cow’s body.

Everything happened in seconds after that. One minute Ellie was in obvious stress with Spencer on the ground by the struggling cow’s tail. The next, Spencer was pushing Natasha

aside, grabbing hooves, and had pulled a calf out into the world.

Her new red boots were going in the trash. 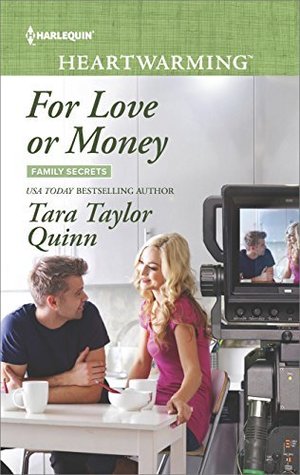 For Love or Money
(Family Secrets #1)
by Tara Taylor Quinn
Adult Contemporary Romance
Mass Market Paperback & ebook, 384 pages
August 1st 2016 by Harlequin Heartwarming
She can’t afford to lose this…or him
There’s no way that struggling single mom Janie Young is going to lose Family Secrets. Not even to Dr. Burke Carter. The prize money and media exposure from the cooking-competition show will secure the future for her and her son, who has special needs. Sure, Burke is a talented chef with his own reasons to win, but he already has so much: wealth, a beautiful daughter, great looks…and definitely her attention. As their families become closer, Janie is beginning to care too much about him. But she can’t afford to get involved. Not when everything is riding on beating him.
Goodreads│Amazon│Barnes & Noble│Harlequin 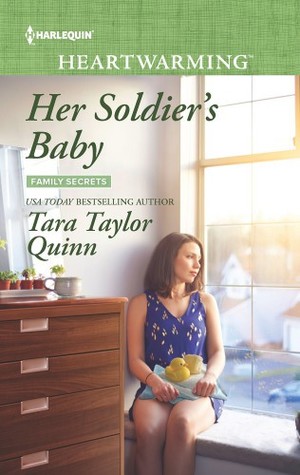 Her Soldier’s Baby
(Family Secrets #2)
by Tara Taylor Quinn
Adult Contemporary Romance
Mass Market Paperback & ebook, 368 pages
November 1st 2016 by Harlequin Heartwarming
Will the truth heal him–or tear them apart?
The baby she gave up for adoption long ago is a secret Eliza Westin has concealed from her husband. With good reason. Wounded soldier turned police officer Pierce Westin was Eliza’s high school sweetheart. He’s also her son’s father.
Seventeen years ago, Pierce went off to war unaware that he’d fathered a child. Eliza’s shot as a contestant on the Family Secrets cooking competition show is her chance to reconnect with the past. But once she finds her long-lost son, she can only hope that Pierce will embrace their newfound family. Or will Eliza lose the love of her life all over again?

The author of more than 70 original novels, in twenty languages, Tara Taylor Quinn is a USA Today bestseller with over six million copies sold. A 2015 RITA finalist Tara appears frequently on bestseller lists, including #1 placement on Amazon lists, and multiple showings on the Publisher’s Weekly Bestseller list. She has appeared on national and local TV across the country, including CBS Sunday Morning.
Tara is a supporter of the National Domestic Violence Hotline. If you or someone you know might be a victim of domestic violence in the United States, please contact 1-800-799-7233.

1 winner will receive ebooks of the first two books in the series, FOR LOVE OR MONEY and HER SOLDIER’S BABY
Open internationally
Ends January 17th
a Rafflecopter giveaway